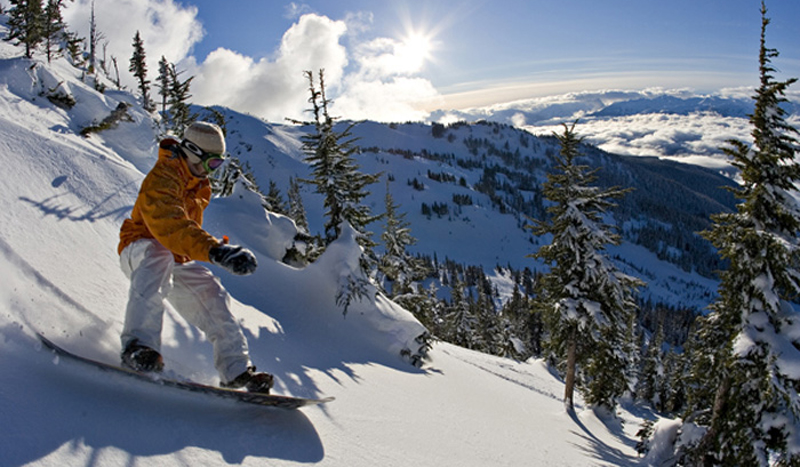 The two biggest ski season lift passes in North America -the Epic Pass from Vail Resorts and the Mountain Collective Pass are legendary. What are they and where can you ski on them?

This pass has continued to grow with the announcement that Whistler Blackcomb and Stowe in Vermont have joined the pass. This now means that the Epic Pass will give you unlimited access to 13 resorts in North America. In addition to the two new resorts the list is Vail, Breckenridge, Beaver Creek, Keystone, Park City/Canyons, Heavenly, Northstar, Kirkwood in California and three smaller resorts in the northwest.

The Cost Of The Epic Pass

The cost is $859 for adults and $449 for children aged 5-12. This price may sound high but if you consider the prices of passes in each individual resort it does represent good value for money. You also have unlimited access to those North American resorts. There is also the ‘ski with a friend’ deal where your friend gets a discount and the ‘six buddy tickets’ deal.

It should also be noted that as Vail resorts owns Perisher in New South Wales you can also ski in Australia. It will also cover short visits to some ski areas in France, Austria, Switzerland and Italy. In total you have access to a staggering 41,207 acres and unlimited access to 13 North American resorts.

The Mountain Collective Pass differs from the Epic Pass as the destinations included in it are not owned by the one company. They have however got together to offer a pass to 16 resorts. Of these 14 are in North America.

The Resorts In The Mountain Collective

In total you could ski 39,452 acres. But other members of the collective are Thredbo in Australia and Coronet Peak in New Zealand. The pass also covers two days each at affiliated resorts of Valle Nevado in Chile, Hakuba Valley in Japan and Chamonix, France.

Cost Of The Mountain Collective

Each adult pass is $399, with the option to add a child on for $1.  This will allow you 28 days at 14 North American resorts. Additional passes for children aged 12 and under are priced at $99.

So if you have time on your hands and want variety and really want to put the mileage in then check out these passes for the ultimate in skiing and snowboarding experiences.