What Protection Do Ski Helmets Really Give? 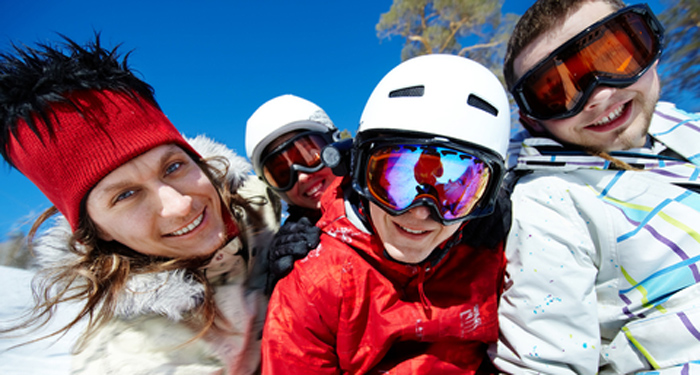 Years ago it was garish bobble hats that you saw being worn on the piste, in fact the brighter and bolder the better.

But now research suggest that the majority of skiers and boarders wear helmets, in fact in France the French Association of Medecins de Montagne found that between 2005-2017 there was a 90% increase in helmet use. It may also be no coincidence that some insurers also now make it clear that should you have an injury whilst not wearing helmet it may invalidate your insurance.

Michael Schumacher was the retired Formula 1 driver who had an accident whilst skiing off piste in Méribel, France in 2013.He was wearing a helmet but suffered a terrible head injury which, although his condition is not totally known, it is believed he is still unable to speak or walk.

Since his accident there was a spike in helmet sales, which many retailers refer to as the Schumacher effect.

But what is the evidence that wearing a helmet will protect you more than not wearing one?

Research published in the journal Wilderness & Environmental medicine found that skiers and boarders who wear helmets are more protected from head injury than those who don’t wear helmets. The devil is however somewhat in the detail.

The research found that wearing a helmet would protect you from injuries like cuts and bruises and in some ways more surprisingly protect you from all sorts of other injuries. But helmets did not protect wearers against concussion in particular.

Most helmets that pass safety standards are designed to take some of the impact of a fall and also to stop sharp objects from piercing our skull. Many are not however designed or expected to protect us from concussion. Helmets are now being designed to protect against concussion but they were not widely in use when the research was conducted. 43,000 people took part in the research, of those 2,800 had head injuries.

In the research head injuries for the first time were separated out into those that are considered traumatic ie concussion and those like cuts and bruises. Concussion was defined as happening when the speed the head is travelling at suddenly slows down. What is vital here is that many helmets on the market do not protect against this change in head speed or against rotational acceleration. The latter is when the brain rotates inside the skull after the head is badly hit at an angle.

Soft rubbery material like D30 are in some helmets like Scott Symbol 2 Plus and Bumper No Shock and work by hardening very quickly when they suffer an impact. In this sense they disperse the impact more quickly than traditional helmets.

Another material is MIPS which stands for Multi-Directional Impact Protection System which is used in the following brands-Scott, Bolle and Smith. It again redirects impact even when that comes from an angle. Then there is EPS 4D which Salomon favour. In these helmets the liner is divided into sections which change shape to protect the head when it most needs it.

Who Is More Likely To Get Hurt?

The research also looked at who was most likely to have a ski injury. It was people under 26 and those over the age of 50.Beginners and intermediates are also most like to have accidents as well as snowboarders rather than skiers. The interesting fact is that experienced skiers, if they did hurt themselves, were more likely to suffer a head injury and it would tend to be a serious head injury.

In terms of where people hurt their heads is also interesting. Terrain parks are popular places for head injuries as well as collisions between two or more skiers.

Should You Wear A Ski Helmet?

So whilst the research suggests that not all helmets will protect you from the most severe head injury and concussion most experts would agree you should wear a helmet. The first reason is that helmets seem to stop people from getting any form of injury. This could be that when you wear a helmet you take less risk than those who don’t wear helmets. This might sound strange but the numbers do back it up.

Secondly, wearing a helmet will protect your skull from less serious head injuries like cuts and bruises. And of course there is always the issue of insurance companies many of whom now insist you wear a ski helmet or your insurance will not pay out.

What To Look For In A Ski Helmet

We have already mentioned the lining of a helmet which is really important as this contains the shock absorbing materials that will reduce the impact of a fall. So do check what the liner is constructed of an of course ideally look at some of the newer materials which are better when dealing with severe head injuries. Ask about MIPS to see if the helmet you like incorporates any of these new materials.

Do make sure that you can adjust and fit the helmet on properly with a good chinstrap. Sounds basic but if your helmet is not fitted on securely it simply won’t protect your skull in a collision.

Always wear your goggles when getting fit for a helmet as you need to be sure that the goggles will sit on the helmet. All helmets offer some form of venting, some are adjustable, some not.

TIP - Look for removable ear pads which can us useful when the weather heats up.